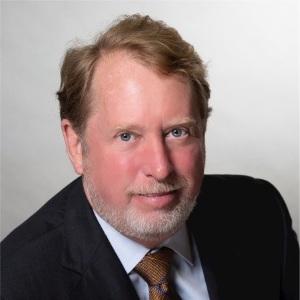 
Managing Principal Harrison Williams has over 25 years of hands-on experience in the A&D marketplace. Harrison started his career with Cambridge Royalty Company in 1975, after which he was Assistant to Erving Wolf, Chairman and CEO of Inexco, an NYSE-listed E&P firm in the 1980’s. After a stint as an independent, Harrison joined Bob Albrecht in 1989, at Albrecht & Associates, one of the original A&D firms. While at Albrecht, Harrison assisted on preparation and led the sales effort for every deal sold by Albrecht for 25 years. Key to the success of the firm was Albrecht’s engineering prowess. When combined with market knowledge, this allowed the firm to predict the outlier bid with phenomenal accuracy.

The firm pioneered the PUD-heavy package, recognizing the advent of the resource play with slick water fracks in vertical wells in the Cotton Valley. Selling upside in a new play, with limited production data necessitated advising potential sellers as to the number of wells required and how much history was sufficient- a combination of technical acumen as well as feel for the market.

Shortly thereafter, Harrison sold the first major openly-marketed Barnett package. The play was new, the wells new, and the package-bought by Chesapeake – was in Johnson County, opening the play in areas without the Viola as a frack barrier.

Harrison sold the first Wolfberry package, a new play that led to the reopening of the Permian Basin. This required credible engineering, and the ability to communicate to industry the parameters that ultimately ushered in the horizontal activity of today.

After the dissolution of Albrecht in 2015, he joined the Oil & Gas Asset Clearinghouse as CEO, leaving in late 2016, and founding, with the other Principals, Core Energy Advisors.

Mr. Williams served three terms as Chairman of the Board for Houston Center for Literacy, a public/private entity for adult literacy, and is currently
on the Board of DaCamera, Houston’s premier Chamber Music organization.